While it’s interesting and educational to look at pictures and descriptions of bush planes, this site just doesn’t seem complete without at least one page dedicated to humor, stories and interesting tidbits of information about bush flying and aviation in general. Thus, the bushwhackers fun page was born. We apologize in advance if some of the humor is bit twisted!

Twisted Tidbits of the Rich and Famous

October 23, 1999 – Actor Harrison Ford, owner of a DeHavilland Beaver, an Aviat Husky, a Cessna Citation, a Beech Bonanza, a Cessna Caravan and a Bell 407 helicopter had some bad luck when on a training flight in a Bell 206 helicopter when he and the instructor made an emergency landing in a dry riverbed near Santa Clarita, CA. Although the helicopter rolled over on its left side, neither Ford or the instructor were injured. It’s no wonder he was chosen to play Indiana Jones!

January 16, 1996 - After mistaking it for a drug trafficker's plane, Jamaican authorities fired upon the seaplane owned by singer Jimmy Buffett. Neither Buffett nor U2 singer Bono, a passenger, were hurt in the incident. This was Jimmy’s second accident after his Grumman Albatross crashed right after take-off from Nantucket, Massachusetts on August 25, 1994. (There is more parrot-head brain food later on this page.)

January 21, 1995: Singer Courtney Love (30) was arrested for swearing at a flight attendant who had told her not to prop her feet up on the bulkhead during a Qantas flight from Brisbane to Melbourne in Australia. In February 2003, she was taken off a Virgin Atlantic flight after being abusive to a flight attendant. She's probably still mad about Ted Nugent cussing her out....

August 30, 1989: Guns 'n Roses guitarist Izzy Stradlin (aka Jeffrey Isbell of Lafayette, Indiana) was arrested for creating a disturbance on an airline flight. He had urinated on the carpet and smoked in the non-smoking section. As a result of this incident, Izzy was subjected to random drug tests for drugs which, along with touring with Aerosmith, he has credited as major turning points in his life and lead to his decision to give up drugs and drinking. To keep him clean and sober, he and his wife and dog traveled in a separate tour bus from the rest of the band.

Not Rich, Not Famous, Just Twisted 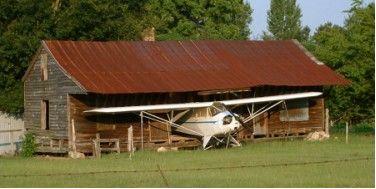 Has Jeff Foxworthy seen this one?

One day at a busy airport, the passengers on a commercial airliner were seated, waiting for the cockpit crew to show up so they could get under way. The pilot and copilot finally appear in the rear of the plane, and begin walking up to the cockpit through the center aisle. Both appear to be blind. The pilot is using a white cane, bumping into passengers right and left as he stumbles down the aisle, and the copilot is using a guide dog. Both have their eyes covered with huge sunglasses. At first the passengers do not react; thinking that it must be some sort of practical joke. However, after a few minutes the engines start revving and the airplane starts moving down the runway. The passengers look at each other with some uneasiness, whispering among themselves and looking desperately to the stewardesses for reassurance. Then, the airplane starts accelerating rapidly and people begin panicking. Some passengers are praying, and as the plane gets closer and closer to the end of the runway, the voices are becoming more and more hysterical. Finally, when the airplane has less than 20 feet of runway left, there is a sudden change in the pitch of the shouts as everyone screams at once, and at the very last moment the airplane lifts off and is airborne. Up in the cockpit, the copilot breathes a sigh of relief and turns to the pilot, “You know, one of these days the passengers aren't going to scream, and we're gonna get killed!” 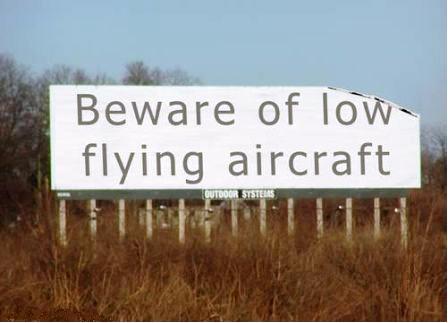 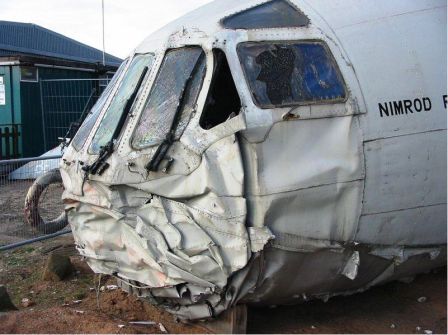 What can you expect from a plane named Nimrod? 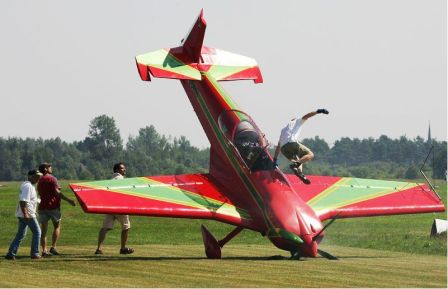 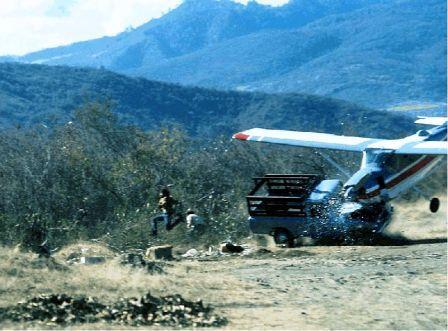 Not Twisted, Just Rich and Famous 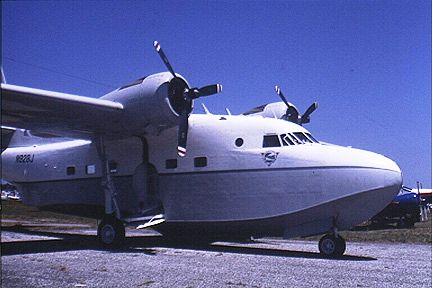 This Grumman Albatross is known affectionately as The Hemisphere Dancer and is owned by musician Jimmy Buffett. Below the co-pilot’s window you can see the nose art indicating “Air Margaritaville” as well as the famous bullet-hole which inspired the song Jamaica Mistaica on the 1995 Bannana Wind album. Buffett’s trademark Parrot is on the tail of the plane which is registered in Delaware under Strange Bird, Inc. The Hemisphere Dancer was given a tropical new paint job in 2000 and made her last dance in 2003 where she retired to the Lone Palm bar at Jimmy’s Margaritaville Attraction at Universal Studios in Orlando, Florida, USA. Jimmy says she may fly again. 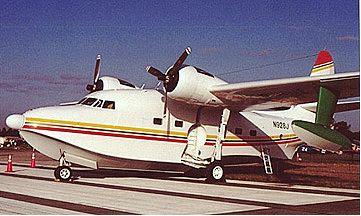 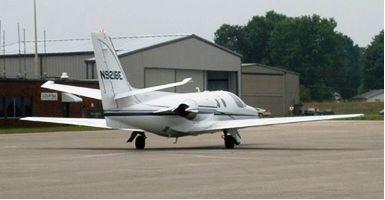 If you've got a twisted tidbit or interesting factoid, consider submitting it for others to enjoy. To qualify for the bushwhackers fun page, the twisted tidbit must be in generally good taste and free of nudity and cuss words. Did I forget to say it has to be related to avaiation? Well, it does. Please send your submissions to: [email protected]