Unlike any other form of flying, there’s as much “art” to mountain flying as there is science. A person can learn the rudimentary aspects of mountain flying relatively quickly, but old timer high-country pilots will tell you it takes a lifetime to truly be at home flying in the mountains. Mountain flying is not per se dangerous, but to the uninitiated, it can be terribly unforgiving and often, fatal. Learning where dangerous turbulence will occur in the mountains is of fundamental importance, but not entirely intuitive. Learning the ill-affects of high density altitude on aircraft performance is a bit easier once the pilot run through a few scenarios. 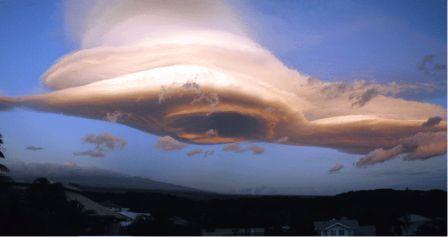 Dangerous turbulence in the mountains is—without being overly dramatic—dangerous. It’s the kind of turbulence that rips wings off of airplanes or splats them against cold hard rock faces. Few pilots ever experience either, pick themselves up, dust themselves off, and say, “Well, I guess I wouldn’t do that again.” Sometimes—though far from always—Mother nature will give us clues as to the existence of bad turbulence. Along mountain ridges lenticular clouds will sometimes form and should be avoided by mountain fliers. These clouds get there name because they are shaped like a lens. They can, and often do, demark areas of dangerous turbulence. Experienced glider pilots will sometimes fly in and around lenticular clouds to gain lift, but they should be avoided by power plane pilots.

But clouds do not always mark areas of turbulence. Sometimes the pilot must anticipate turbulence in totally clear flying conditions and sometimes this is science (a strong wind is blowing across a ridge) and sometimes this is a matter of experience, that really can’t be described adequately herein. This may turn the never-flew in the mountain types off, but it need not. 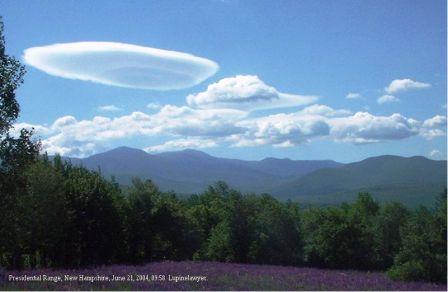 Here’s a golden rule for new mountain flyers (or flyers of any kind, really). If you’re not sure, don’t do it. The days of flying serum to Nome to save the townsfolk are long gone, so let’s not take unnecessary risk when we fly. That way, we can remain with us “wes” instead of the “thems.”

Another trick to mountain flying is always having the ability to turn your airplane in the direction of lower terrain. This will save us when we start flying in canyons. If it becomes apparent that we are flying into terrain where soon we cannot turn to lower terrain, we need to turn around long before we get close to the higher terrain. Climb performance be damned, many pilots have made a one-way trip into higher terrain because he or she believed their Super Extra 1000 could easily out climb looming mountains. Once again, believing is not the same as knowing, and if there is any doubt, than the prudent pilot takes the chicken way out. Saying “well, I had to turn around.” Is much better than having people say, “Did you hear about so and so?”

The other area of mountain flying that confuses the neophyte is Density Altitude. This is not as confusing to the well experienced, but nevertheless always flatland pilot, he or she typically has a pretty good idea how density altitude affects their airplane. To demonstrate where the inexperienced go awry, let’s consider this trick question. Let’s say on a 70 degree day hypothetical 20 mile long runway exists on top of Denali. Let’s say, and never mind why, a Piper Super Cub or Husky is parked and ready to go. We, the pilot, only weigh 180 lbs and we have just enough fuel to fly to a field at the bottom of Denali (so we don’t have a lot of fuel weigh). For whatever reason on our hypothetical airport, we have to climb out at 150 feet per min. Should we go? And does it make a difference if there is a million dollar prize waiting for us if we show up at the airfield down below? Use a density altitude computer all you want to figure this one out, but you really don’t need one. The service ceiling of a Super Cub is 19,000 feet and the Husky has one of 20,000. Denali is 20,320 feet high so, it either airplane we are never going to be able to climb out at more than 100 feet per minute at this altitude (the definition of service ceiling), regardless of how long the runway is. It is for more than just this reason that 20 mile long runways do not exist on top of Denali (bonus points if you realized service ceiling is calculated on standard atmospheric conditions and it is never 70 degrees on top of ol’ Denali, hellacious warm spells not withstanding).

Now as ridiculous as this last example was, airplane performance is dramatically affected by high altitudes. Both the Super Cub and Husky climb like homesick angles at low altitudes but, like any airplane out there, they run out of steam at some point. Super Cubs and Huskies handle density altitude better than Bonanzas or Cherokees (and not as well as U-2s or SR-71s), but regardless of the plane, there is a limit. And man-oh-man, the U-2 got the nickname “Dragon lady” partially because it was not a nice plane to fly at the limits of its ceiling (it also was a bear on landings).

Mountain flying perhaps invokes more fear in neophytes than transitioning to tail wheels or getting a seaplane license. As well it should, it is not difficult, but it is not something to be treaded upon lightly either. As for the old timers that say it takes a lifetime to learn how to fly in the mountains, it takes relatively little time for the recreational pilot to learn mountain flying. Neophytes should not try to match the old timers at mountain flying, but it only takes hours of training to be comfortable (and not Super Pilot) in the mountains.

Watch this Zenith Ch701 cruise through the mountains.