There has never been a plane like the DC-3 before or since, and several times there have been attempts to start making it again. It evolved from earlier DC-1 and DC-2 types (both of with weren't nearly as nice flying or as versatile as the ol' 3) and was the premier airliner of its day. It first flew on December 17, 1935 (the 32nd anniversary of the Wright brothers famous flight) and it was quickly obvious that all other airliners of the day were washed up has beens. Even the Boeing 247 and DC-2 looked a little fuddy-duddy in comparison to the DC-3, and the contemporary Stinsons, Tri-motors and Curtis Condors looked positively ancient.

A little known fact about the DC-3 in modern times is that it was so remarkable easy to fly that it made the old tri-motors look positively dangerous in comparison (which they were) and it set the standard for new aircraft handling ever after. The older version is not a paragon of easy flight by today's standards (retracting and extending the landing gear was a multi-step process) but they were much easier to fly than most other aircraft of the time. Even to this day, DC-3s are flown worldwide and they have outlasted most of the aircraft designed to replace them. And it doesn't appear that the old DC-3 will quit flying anytime soon. 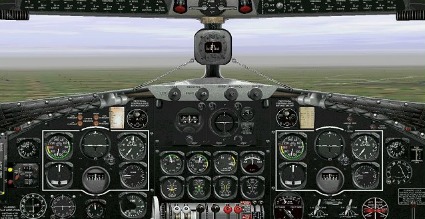 The DC-3 was not designed as a bush plane, instead it was designed to be the premier airliner of its time, which it was. It has become a prime bush plane because the airports it was designed to use in the 1930s were no better than many of the "rougher" bush strips out there today. Over the years, the airplane has been modified to accept turbo-prop engines (including a tri-motor arrangement). The turboprops have not been tremendously successful but many of them are out there and there are even mods to put the DC-3 on floats. 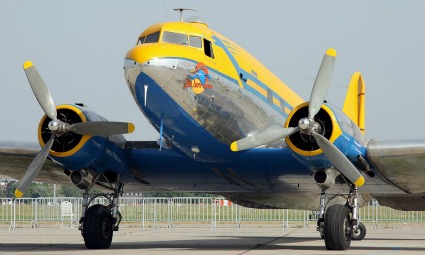 The plane's service during the Second World War (as the C-47 Skytrain) was the stuff of many legends and books and the C-47 became colloquially known as the Gooneybird. In fact, by a wide margin most DC-3s are actually C-47s which were different from the DC-3, but today most of these planes are called DC-3s whether they are or not. Even the Soviets couldn't resist the DC-3 and they either license built or stole (sources vary, but it does appear that they built them under license) the Lisunov Li-2 which was their version.

At first glance the Li-2 looks pretty similar to a DC-3, but they were modified to accept metric skins and forming members making them, as the Russians claim, slightly stronger than the American counterpart. The Li-2 also often featured a top gun turret and some had bomb racks, which none of the C-47s featured. Some of the Li-2 even were equipped with wood burning stoves to fight off the infamous Russian winter cold. Finally, many Li-2s featured shuttered engine cowls the shield the engines from the winter cold, even during flight.

Check out this DC-3 on floats in Greenville, Maine. There are some nice views of the cockpit and passenger area in addition to some nice Maine lake and back woods.

There have been many books published about the DC-3 and one of the best is Ernest K. Gann's Fate is the Hunter. This book is not per se about the DC-3 instead it is an autobiographical account of Gann's experiences, most of which in this particular book came from the DC-3 and C-47.

Here is a sweet video of a DC-3 doing a one wheel touch and go on a grassy landing strip.

Here are two Douglas DC-3's flying together in an air show for the Royal New Zealand Air Force's 75th birthday.

Larry, from Sweden, who has been flying planes for 45 years, wrote in to let us know the DC-3 was his dream plane. The Nordaviation N3400 won his vote as best bush plane but he found bush-planes.com by looking for information on the Dornier DO 27.

Mike, a former pilot from the United States chose the DC-3, along with the Piper Super Cub and the C-130 as his dream planes. He favors the Piper Super Cub as the best bush plane. He also requested more information on the Quest Kodiak, Cessna Caravan and PAC 750XL which he describes as ugly but powerful. We appreciate the suggestions.

Do you agree? Cast your vote here.

Here is a fun video that features the old time WWII version of the DC3, the C-47 Skytrain, best known for carring paratroopers into drop zones during the Normandy invasion. The video features footage of the real plane in addition to a remote controlled Skytrain that claims to have authentic colors and features of the real C-47.

Those with a specific interest in WWII planes should check out the Feiseler Storch, or Stork, as it is often called.