Many don't think of the Cessna Caravan as a bush plane, which is understandable. With its Pratt & Whitney PT-6 turboprop engine, tricycle landing gear and "new plane" price tag, in many ways, the big Cessna finds ways not to make it into the bush. Yet the Caravan has proven adept at bush flying, given operators that can afford it. It can be fitted with wheels, floats and skis and has been well-received by its pilots. It is roughly comparable to the modern day deHavilland Otter. Depending upon lay-out, the large Cessna can haul 14-16 people, more if it's flying skydivers, a job that its been tasked with on many occasions. 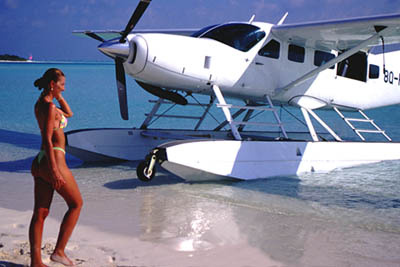 Continuing the long-standing Cessna tradition of making an airplane that is all things to all people, the big Cessna Caravan hauls a big load at a reasonable speed. Its dependable and flies a great deal like any other single engine plane Cessna ever made. In other words, it's an easy airplane to fly, which one might not naturally assume upon first viewing. It's a big plane, but comparisons to the ubiquitous C-182 occur quite frequently. Like the Beaver and Otter, on floats the Caravan takes on behemoth dimensions to people accustomed to light aircraft. 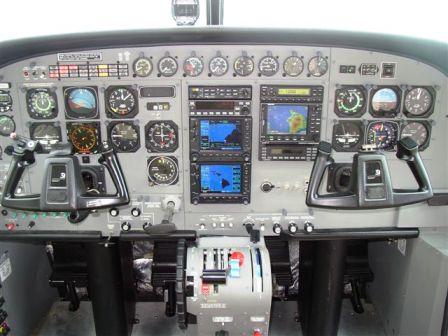 The Caravan became an instant hit with many overnight package delievery operations. With its cargo capacity and ability to be operated by one pilot, the economics of the plane are hard to beat. Without mentioning specific companies, suffice to say Zappy Fast Express and There Before you Know it Delivery Service has ordered scads of these planes. A few, usually float equipped, have been purchased by wealthy individuals who use them for more rugged flying than private King Air owners. 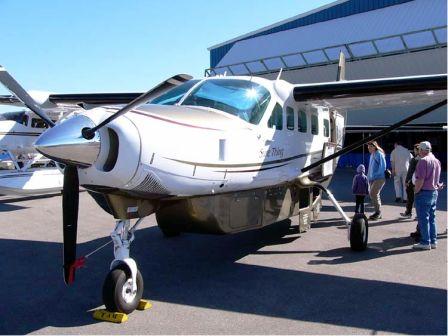 The Cessna Caravan features a seemingly inexhaustible list of options, from de-icing, to radar and interiors that range from Spartan cargo haulers, to very plush executive lay-outs. Expect real world cruising speeds of 150-160 mph and decent but not STOL performance with the Caravan. And, if you're like practically every other operator of the Caravan, expect to be very pleased with your airplane as you use it. The only thing that keeps the big Cessna from selling like hot-cakes is purchase and operational costs. Expect prices in the seven —not six— figure range. 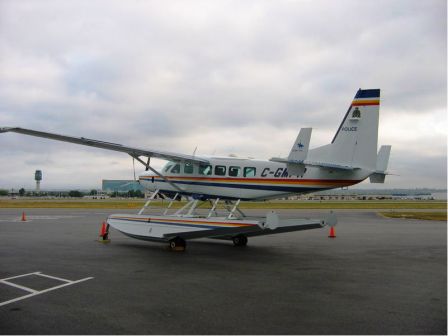 Paul from Canada wrote in about his dream plane, "What is your dream plane? With respect to a bush plane, a personal amphib caravan would be nice."

Wath this Cessna Caravan take off into the Kenya sky - right over the cameraman's head!

This next video is a Cessna Caravan high above sea level on the final approach and landing at Cuzco, Peru.


Bert Shivers, from the United States, who has been flying 42 years wrote in to tell us he thinks the Cessna Caravan his the best bush plane, although the Grumman Widgeon is his dream plane. Do you agree? Vote for your best bush plane here.